Path of the Sun

by Path of the Sun 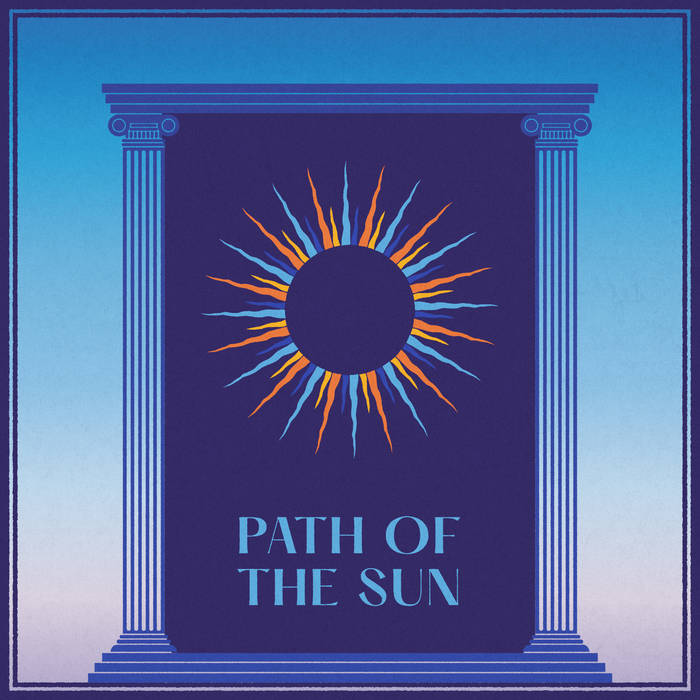 Miles Egan Surprise home run collaboration from two artists that already have a lot of great music in their discography.

For my money this kind of re-imagining of what "new age" music can be is the most interesting thing happening in ambient music right now. Favorite track: Aquatic Sun.

Revolt of the Apes

Path of the Sun is a collaborative project between Daniel Guillén and Steve Targo, known for their solo endeavors as Lunaria and Inner Travels, respectively. The two have walked parallel paths, releasing their own brands of inward-looking synthesizer and keyboard driven music throughout the last 5+ years. One gets the sense through each of their outputs that they have a shared reverence for nature, an appreciation of esoteric thought, and perhaps an underlying spiritual practice guiding their work in sound.

The Path of the Sun project began in 2018 when Daniel reached out to Steve about possibly creating an album together. They had been following each other’s work for a couple of years and had a mutual appreciation. The two began their process by individually crafting twenty-minute beds of sound for the other to compose on top of. They pushed each other into unfamiliar musical territories and challenged themselves to respond with new approaches to sound design, harmony, and other techniques to influence mood and perception.

A story began to develop around the images that the sounds conjured. In resonance with ancient Egyptian and Greek myths, their story follows the sun as it is born out of the eastern horizon, bringing light and life to the creatures of earth. It follows its elliptical path across the sky until it meets the ocean, disappearing through a gateway into the underworld through the hours of night. In the morning the sun rises reborn to follow another journey across the sky. The music plays in synchronous motion to the journey of our sun and the suggested series of moods and images created by the changing light: streaming around the curves of large cumulus clouds, creating shimmering patterns across the surface of the ocean, its angled light filtering through the atmosphere to create the colors of sunset before fading behind the horizon, the way it illuminates the moon during the evening and dark hours, and the glow on the horizon with the first glimmers of dawn.