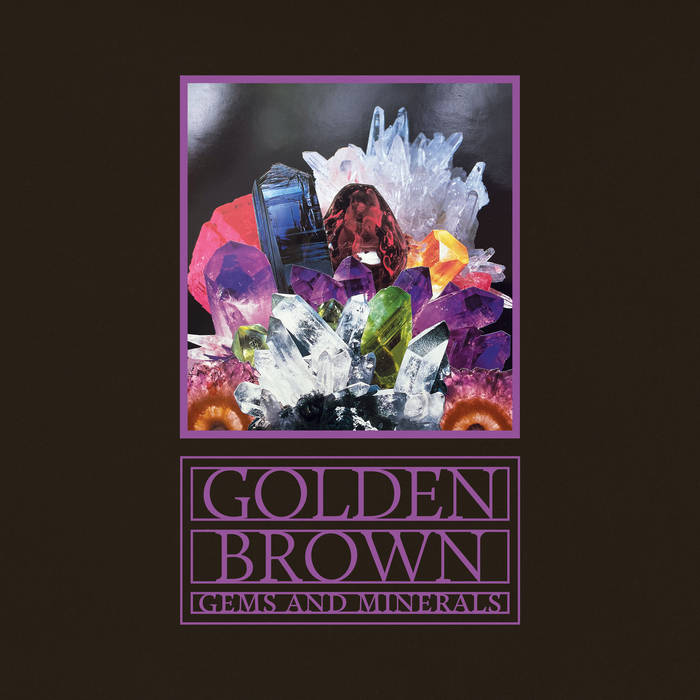 **For people in EU, the cassette is available with Objects & Sounds**
www.objectsandsounds.com/product/golden-brown-gems-and-minerals/

"Gems and Minerals" sees Stefan Beck taking a deeper dive into the lush and pastoral instrumental terrain that he has been refining over the last decade plus of releasing music under the Golden Brown moniker. The earthbound and celestial visions are more vivid than ever, as seen through the lens of Beck’s cosmic-inflected Appalachian folk stylings and deftly dappled production.

The pieces that comprise "Gems and Minerals" began to take shape during 2020, shortly after the pandemic began to permeate many aspects of life. Beck says of the time, “music became a sanctuary and a safe space in the gloom and trauma of last year (both my wife Sara and I continued to work in person throughout the pandemic, so there was a lot of anxiety around that. Playing music in the morning every day helped set a good tone and intention for the day before venturing out).” The pieces were also largely inspired by the local Colorado landscape and the sense of refuge taken in that space.

The sounds and moods of the album reflect a certain sense of unease with the restless lead lines on “Gems” and the dark undercurrent of cello on “Spores” played by Sara Beck. But there is also a dreamy serenity, expressed by the floating lap steel on “Finisterre” and the languid riffing on the electric mandola on “Palimpsest”. One may also feel a sense of surrender to the sublime and unhurried rhythms of the natural world on tracks like “Fruiting Bodies” and “The Lyre Tree”. This album is a culmination of experiences interfacing with the difficult realities of the human world, while also endeavoring to find transcendence from that in both imagined and wild spaces.
Golden Brown is the work of multi-instrumentalist Stefan Beck, based out of Longmont, Colorado. This is his sixth full-length release and his first on Inner Islands.

Recorded at home, 2020-21.
Mixed by Benjamin Price at Studilaroche.
Mastered by Sean Conrad at The Gentle Ways.
Artwork by Stefan. Layout by Sean.